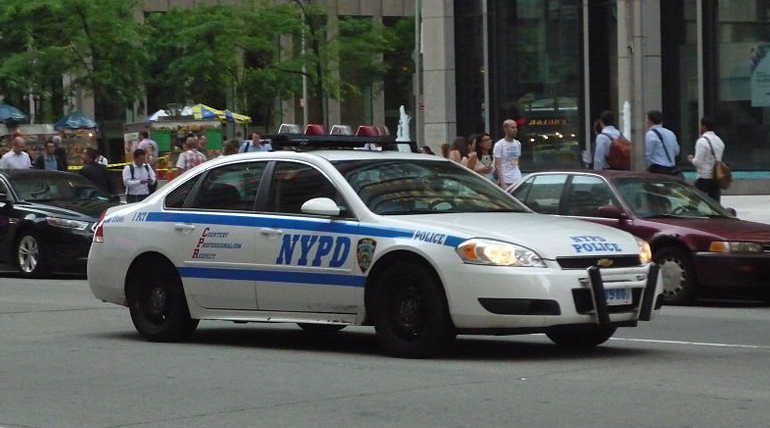 Situations become intolerable in New York after the NYPD shot dead a Black Man in Crown Heights of Brooklyn on Wednesday. Hundreds of people gathered near a street corner in Brooklyn to show opposition to the action of NYPD on Thursday as he shot dead was a Black man and he was also identified as mentally ill.

On Wednesday three NYPD officials in common clothes and two in duty form approached Crown Heights a busy neighbourhood of Brooklyn as a response to three 911 emergency call from the street of Crown Heights. Immediately the officers opened fire on a black male who branded a gun like silver coloured metal towards the officers while they approaching him. The man collapsed down after the officers reportedly fired 10 rounds against the man. But the situation becomes awful after the man collapsed down to the earth. The NYPD officers had not found any gun in the shooting spot instead they found a gun like metal with a nob on its very edge that branding it like a gun.

The NYPD officials opened fire as the 911 report matches the man and unfortunately the man confronted the metal against the officials. He was declared dead after the officials urged him to a nearby hospital. Later the man was found to be named Saheed Vassell and he was also mentally unstable.

Later the next day on Thursday Eve the people of the black community and many others gathered to stag up a opposition in the Crown Heights. The protestors gathered with a slogan "Justice for Saheed" and the same written in signboards. One of the Protestors reported the media that he witnessed all ten rounds that drilled Saheed and he also said the officials had not ordered anything like freeze, put your guns down like phrases but started firing immediately.

According to the source from the ground, many persons of that street are well known for Saheed's personality. They said that he was a nice guy but suffering from a bipolar disorder.   According to the 911, three persons had approached the emergency service as they were threatened by a grown black male with a gun like metal pointing at them. 911 sited a woman she said that a man threatening the public with a silver gun.

Even though it was not a gun the NYPD started pouring the rounds so quickly on him was a rough thing to note. The New York Attorney General assured that this fatal incident will have a fair and an independent probe.