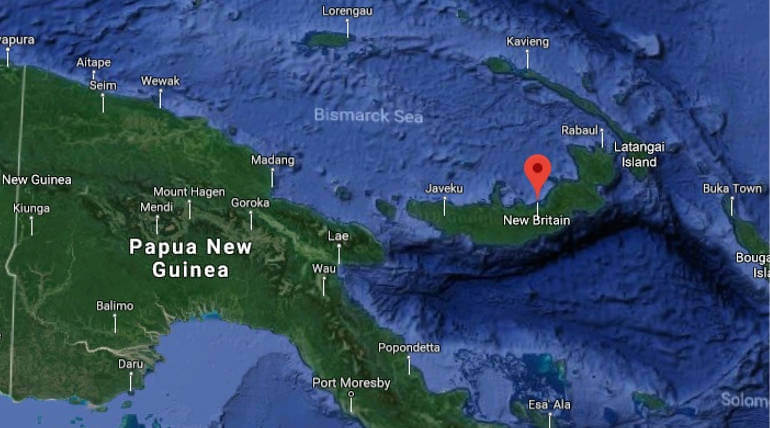 The US geological survey has flagged out a Tsunami Warning for Papua New Ginea after a strength of 6.9 magnitude earthquake jolted up the New Britain island on Friday Morning around 7:30.

According to the USGS the quake pinned at the distance of 100 miles from the coast of PNG and it the depth of 35 Km. But initially, it was estimated as 10 Km. Even though there is no immediate damage reported after the jolt the Tsunami warning has been forecasted across the coastline of the PNG.

This jolt occurred a month after the powerful earthquake that totally collapsed the island with a 7.5 magnitude. That quake had almost buried a village with a massive landslide and killed more than 100 people of the Enga province.

Even though that quake jolted up the whole island last month the remote mountain regions of the island suffered worst rather than the other urban regions. The situations of tremors and the death toll become uncontrollable when the rescue department failed to acknowledge the sufferings of the remote areas of the island.

Earth Quakes are more common in Papua as the island is a part of Pacific Rings of fire and also the home of an active volcano known as Tavurvur that covers a whole town that lies under its shadow with its lava in 1994.

Papua New Guinea is one of the culturally diverse countries of the world and most of the people of this island were still living in a bond of traditional social groups and clans including with modern primary education.

The country was listed as one of the fastest developing countries in 2011 because of its strong mining efficiency and marketing efficiency. But the name collapsed down in recent times.

Papua island is placed just above the Australian continent in the Pacific Rings of Fire and the island is considered as one of the vast and unique biodiversity. Researchers are believing that the island holds many undiscovered species of plants and animals.